Brightening Skies For May Internationals

Brightening Skies for May Internationals

International airports declaring for June, and today there are 161 of them, are indicating departures and arrivals up 23% on last month: 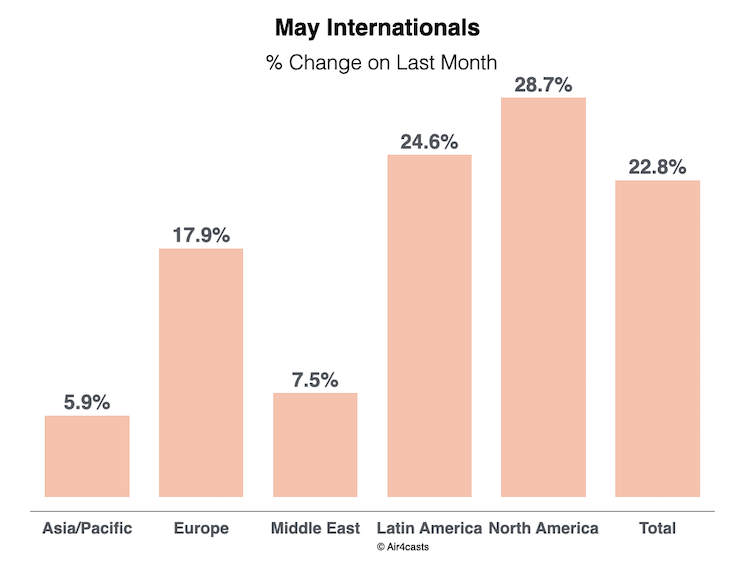 While May would always show a positive movement over April; it is in the nature of the seasonal pattern, these rates of increase are well above the norm:

✓ in North America with a substantial 28.7% point leap, the true rate of increase is some 25%

✓ Asia/Pacific is a special case since the only May airport of substance is ICN.

However, at the global international level known May traffic volumes are still only at 22% of their 2019 levels. Yet there are significant bright spots: 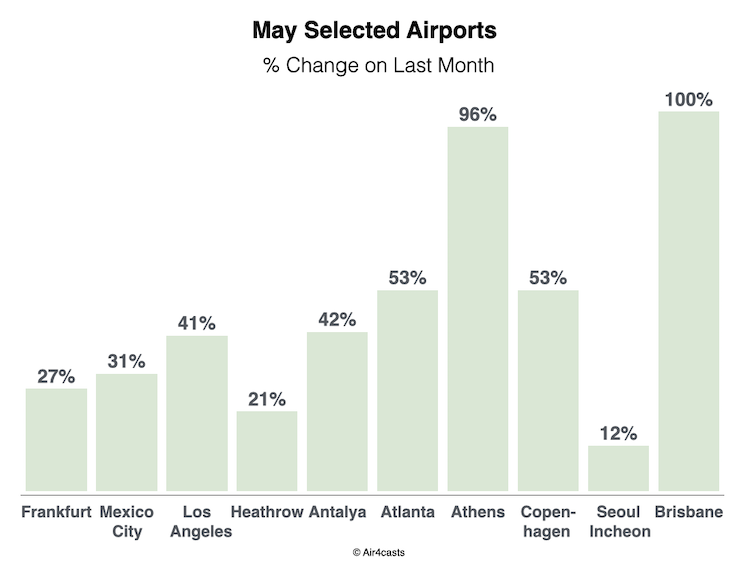 ✓ Athens and Brisbane have virtually doubled

✓ Frankfurt, the largest in this selection, is up by over a quarter with holiday destinations according to the airport in particular demand

✓ Heathrow is up by a fifth but is very much a special case.

It has always been clear that the best chance for any 2021 international traffic recovery lay in the European holiday sector where the two biggest players are the UK and Germany.

It might indeed be unkind to suggest that London Heathrow’s May uplift was in no small part due to a flood of passengers from India before measures were taken to close the stable door in a tardy attempt to stem the spread of the highly infectious Delta variant.

June and July for the UK are going to reflect the fact that British nationals are still severely restricted in their choice of holiday destinations.

The fact that the Falkland Islands appear on the UK’s approved list does not sadly indicate a sense of irony in those responsible for the list.

In the circumstances it is fair to speculate the there will be no rush to add European destinations, or even the USA, to the permitted destination countries.